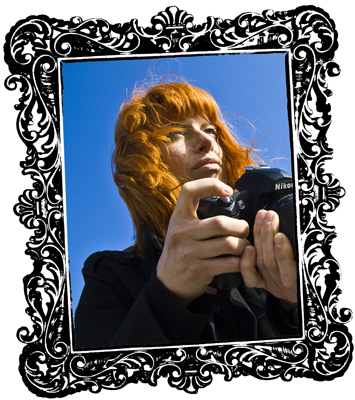 Multi Award winning photographer Tanja Schimpl was born in 1975 in Hof/Germany. In 1993 she moved to Erlangen/Germany for a medical apprenticeship, but soon missed being creatively challenged. After graduating she attended the Fachoberschule fuer Kunst und Gestaltung (Art School) in Nuernberg/Germany, followed by assisting work in various advertising studios in Franconia and the world.
By the side she jobbed as a model to finance film and processing.
After six years assisting in fashion, lifestyle, still life and reportage and an apprenticeship in photography, she started out as a photographer in her own right in 2004.
She shoots for various companies and agencies all over Germany. Her main interest, however, is in social and medical documentary. Here she enjoys the advantage of uniting her medical and psychological education with her photography.
In 2006 she moved to London/UK.
>
<